Slovenian ace Primož Roglič (LottoNL Jumbo) is the winner of the 4th, queen mountain stage on the Tour of Slovenia. Slovenian cycling champion is also the new leader on the race. He’ll have to defend his lead on the time-trial on Sunday, but that is also his strong discipline.

14:43: Primož Roglič (LottoNL-Jumbo) has increased the lead over the chasers. He’s now 47 seconds ahead, which should be enough for the stage victory. Less than 10 kilometers to go.

14:40: Primož Roglič (LottoNL-Jumbo) is still holding the gap of 35 seconds ahead of the chasers.

14:25, 20km to go: Primož Roglič (LottoNL-Jumbo) was the first one on the last mountain finish on the 25thTour of Slovenija – on Volovljek. But it will be hard to hold the small lead on the descent.

14:22: Primož Roglič (LottoNL-Jumbo) has attacked and already has a nice lead.

14:15, 23km to go: Fausto Masnada (Ita/Androni Giocattoli - Sidermec) is on the beginning of the last climb. He’s half a minute ahead of the chasers. 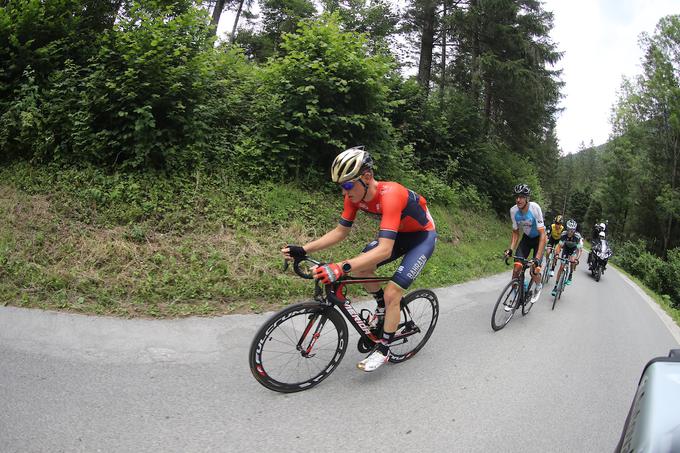 14:10, 27km to go: Fausto Masnada (Ita/Androni Giocattoli - Sidermec) is still holding on ahead of the four chasers, behind this group is another bigger group of about 30 cyclists, best riders in that group. We’re ahead of climb to Volovljek.

13:48: Amazing Matej Mohorič (Bahrain Merida) is again in other dimension on the descent and it seems that he will caught Italian in the lead.

13:41: Masnada is the only one left in the lead and is on the descent to Logar Valley. Main group has caught Novak and is now charging towards the leader. 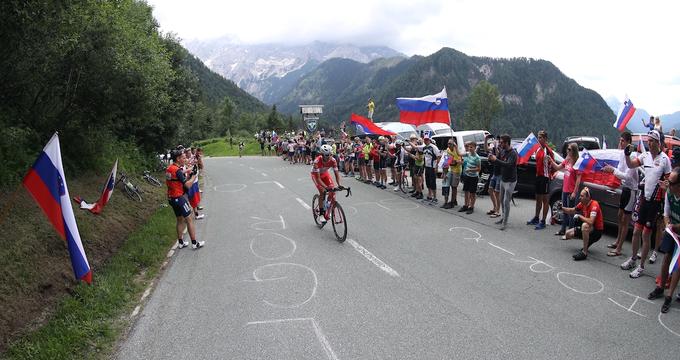 13:30: Leaders are not working together on the descent, each of them is riding on his own pace. Fausto Masnada (Ita/Androni Giocattoli - Sidermec) is the most daring, he’s a little bit ahead of the others.

13:21: Nicola Bagioli (Ita/Nippo Vinni Fantini Europa Ovini) has stayed behind the breakaway group, that happened just before the top of the climb. Matej Mohorič (Bahrain Merida) is now just 30 seconds behind the leaders – he again brilliantly attacked on the descend.

12:58: Rüdiger Selig (Ger/Bora Hansgrohe) has decided to wait for the main group. 13 riders are still in the break, the gap is similar like before (2:15). 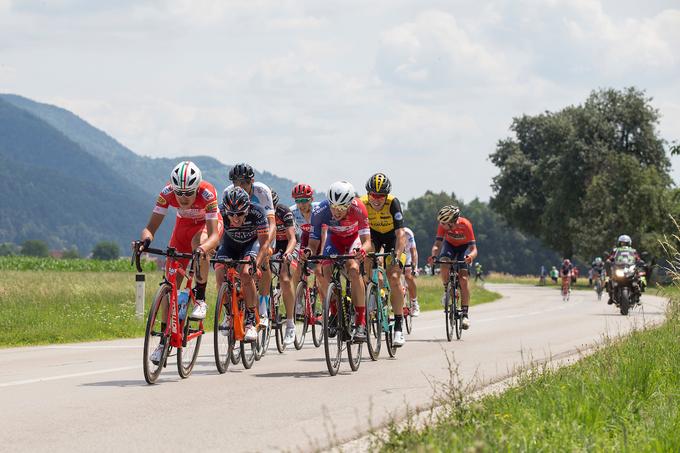 12:40, 71km: Johann van Zly has caught the breakaway group, we now have 14 cyclists in the lead. They are 2 minutes 40 seconds ahead of the main group.

12:35, 66km: Leaders are now 2 minutes 20 seconds ahead of the main group. Johann van Zly (RSA/Dimension Data) is clasing the leaders, he’s somewhere between the two groups.

12:25, 60km: We got it, we’ve a first successful breakaway. There are 13 riders in the escape, they are one minute ahead of the main group.

11:55, 38km: Tension is felt in the peloton, it quickly reacts to every breakaway attempt, this is why the group is still together. They have 40 kilometers to the mountains. 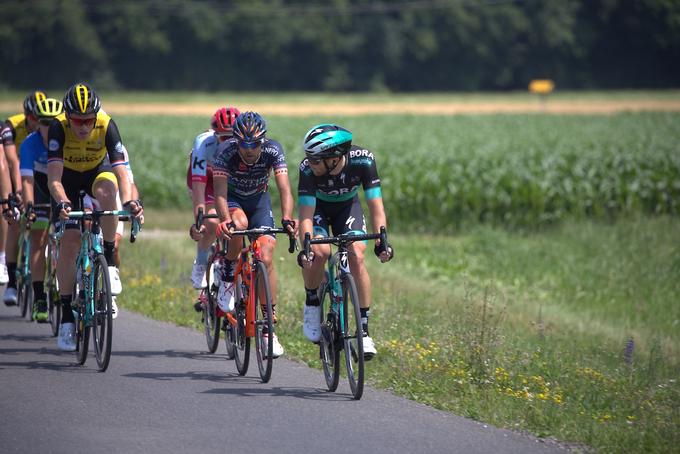 11:50: Intermediate finish in Kranj was the last one on the 25thedition of Tour of Slovenia. Now we head towards mountains – cyclists are very close to the brutal part of the stage, with three climbs to over thousand meters.

11:45, 29km: There are still many breakaway attempts, but nobody managed to get away for more than a hundred meters. 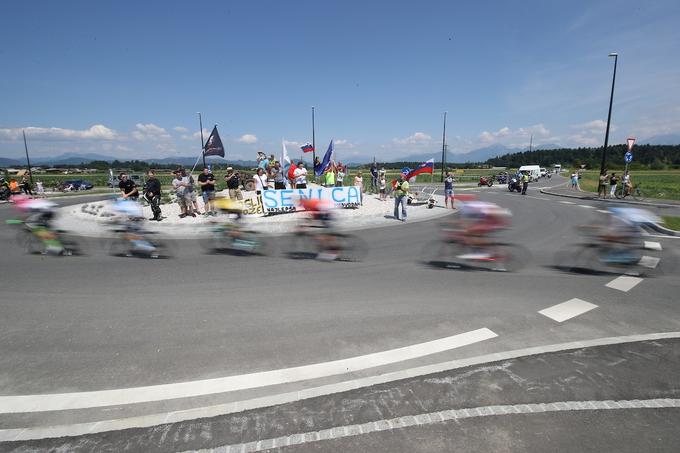 11:30, 20km: No news from the race. Peloton is still in one piece and it doesn’t allow any breakaways. 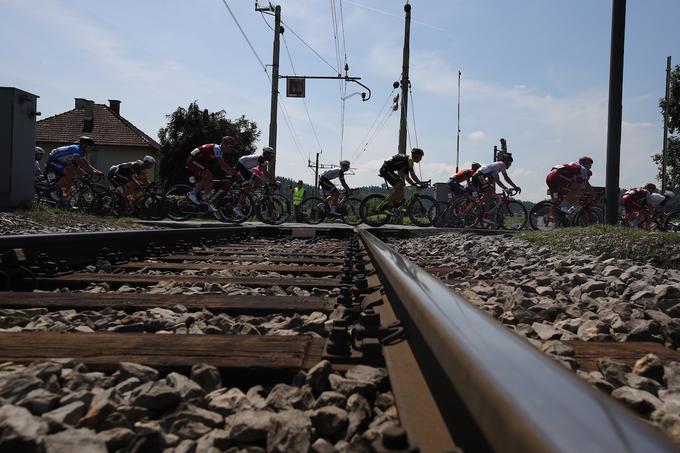 11:05: The race started for real after the first kilometers of the closed cycling. Again we see attacks right away. Cyclists in the battle for red jersey have only tri intermediate sprints.

11:00: 147 cyclists had started the race. Two resigned yesterday, and today we got a news that Daryl Impey (Mitchelton – Scott) will not start due to the illness. Daryl was second yesterday and also second overall. 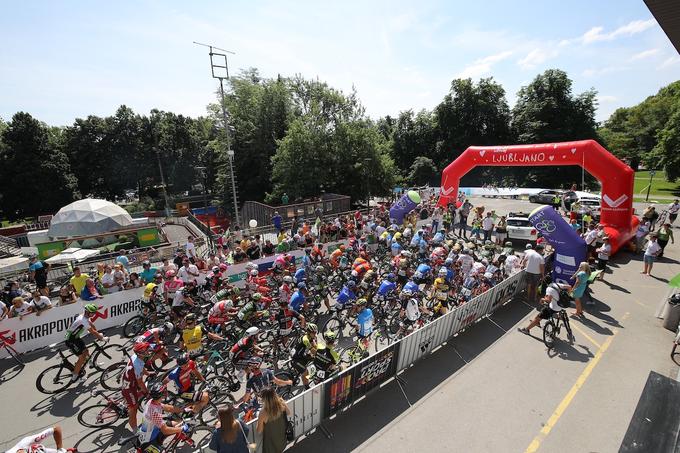 10.45: Rigoberto Uran, winner of the Friday stage and the holder of the green jersey: “My plan is to follow Roglič and maybe take advantage of the opportunity for the attack. It’s a hard stage, but so was the one on Friday. I feel good.”

Tadej Pogačar (Ljubljana Gusto Xaurum), 11thoverall: “I feel great, plan for today is all or nothing. I expect the most fans in Kamnik.”

Goal is to at least keep up with Uran

Uran showed that his legs are strong and that his home is in the mountains, Roglič’s job for Saturday is to not get additional seconds behind Colombian. He should take back 10 seconds on the Sunday’s time-trial from Trebnje to Novo mesto.

Cyclists will warm up in the first 80 kilometers, after that the things will get serious. Climb to Jezersko is nine kilometers long, with the average incline of 5.1%, then they will face first category climb to Pavlič Pass.

Profile of the queen stage: 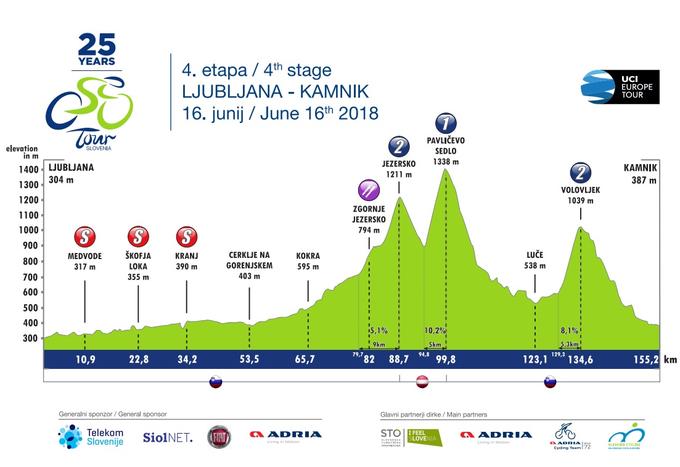