14:46, 15 km to go: Italian and Russian are now about 30 seconds ahead of the chasers. Seven cyclists are in the chase, including Pogačar and Polanc (both UAE Team Emirates).

14:40: Ulissi and Vlasov attacked just before the top of the mountain finish on Dole. Pogačar and Chaves couldn’t follow. We expect to see four of them together again on the descent.

14:20: Italian Iuri Filosi (Delko–Marseille Provence) has joined the leaders, so we again have 4 cyclists in the front. They are 30 seconds ahead of the peloton.

14:13, 35 km to go: Only three riders are left in the break. Benjamin Hill (Aus/Ljubljana Gusto Santic) had problems with the chain on his bike and was left behind. The gap is now at 20 seconds.

14:05, 40 km to go: Leading four riders are now only seconds ahead of the chaser, meanwhile the main group caught up with Polanc, Rybalking and Masnada. We’re now ahead of the long descent, and then climb to Dole.

14:01: Polanc in Rybalkin got a company of Fausto Masnada (Androni Giocattoli–Sidermec). Leaders are now only 50 seconds ahead.

14:00: Russian Aleksei Rybalkin (Rus/Gazprom-Rusvelo) and Slovenian Jan Polanc (UAE Emirates) attacked on the climb to Medvedje Brdo and are now already close to the leaders.

13:55, 47 km to go: Leaders had lead of exactly two minutes on the start of climb to Medvedje Brdo. They will be likely caught soon.

13:45: There will not be a lot of rest after the climb to Rovte, climb to Medvedje Brdo will start in couple of kilometers.

13:28: Rain is getting heavier, the temperature has gone down. This might be an opportunity for Tadej Pogačar (UAE Team Emirates) that didn’t felt so good in the heat of the first two days. 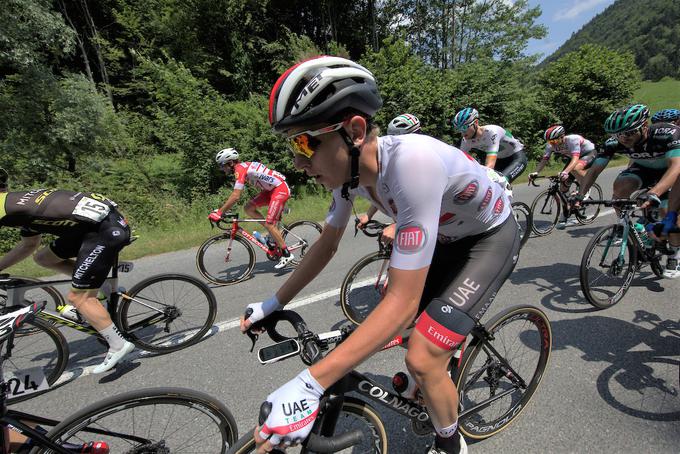 13:10, 73 km to go: We’re getting closer to the deceasing part of the stage. There are three more mountain finishes to go, last of the three is the hardest one. Leaders are 5 minutes 30 seconds ahead of the peloton. 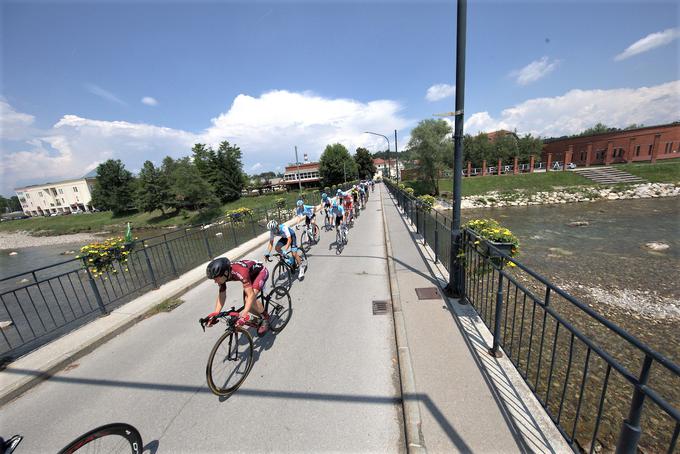 12:30, 63 km: Leaders even further increased their lead – to 7 minutes 50 seconds. They are close to the intermediate finish in Medvode.

12:20, 60 km: Pace of the peloton is still easy, which is great new for escapees. Gap is now at 7 minutes 20 seconds. Rui  Oliveira (Por/Team Emirates) has also jumped from the peloton, but his motivation is not clear. He’s 45 meters ahead of the peloton.

12:15, 55 km: Leaders are working together are increasing their lead. They are now whopping 6 minutes 15 seconds ahead of the main group.

11:45: Esteban Chaves (Michelton-Scott) was first on the mountain finish on Kozjak. Colombian crashed twice on descent on Thursday, but nothing serious happened.

11:40: Riders are still trying to escape. A group of 25 cyclists has a small lead over the peloton now, but it’s not clear if they will make it or not.

11:30: We’re already in Tuhinj Valley, but we still don’t have a successful break. But the first climbs are ahead of the riders and they will make the first cut. 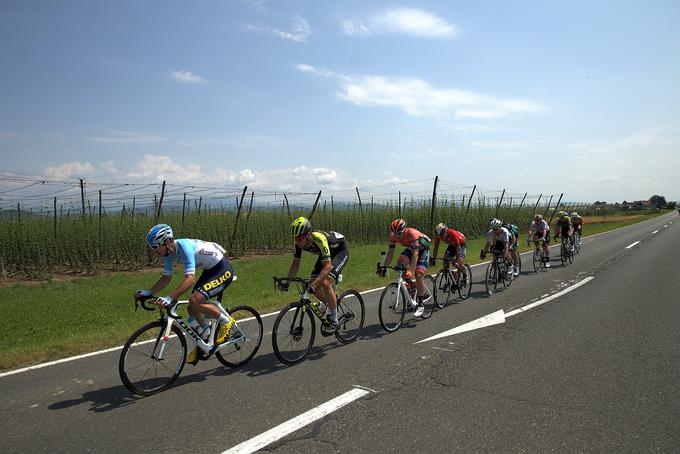 11:15, 10 km: We still don’t have a successful breakaway, but the speed is getting faster. Peloton with 123 cyclists is now riding along the feels of hops.

11:10: Speed is high due to attacks. Weather is same as first two days with temperature of 30 degrees Celsius.

11:05: The race has started. We’re done with the closed rider and we saw first attacks right away.

10:50: Start of the third act of 26thTour of Slovenia. Cyclist were welcomed by a great number of fans in Žalec.

Four mountain finishes sound like a lot, but none of them is big enough to create really big gaps. However the last one that will start 26 kilometers before the finish in Idrija could shake things up. Climb to Dole is five kilometers long and has average incline of nine percent. But the finish is in the valley in Idrija 20 kilometers later, so a lot of things can change in the last part.

We saw proof of that yesterday thanks to Luka Mezgec, but he and his team Mitchelton-Scott will today work for their climber Esteban Chaves. 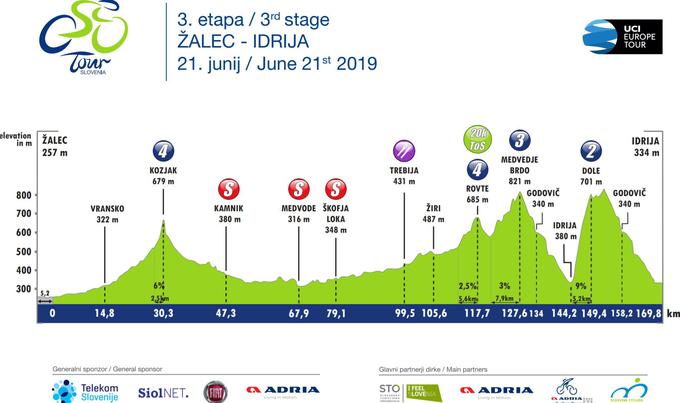