Estonian Rein Taaramäe (Team Katusha) was second on the mountain time-trail stage and is basically new winner of Tour of Slovenia. Only Italian Diego Ulissi (Lampre-Merida) was stronger in the battle against time. Ulissi excelled today and showed much more than with the mild performance on Friday’s mountains stage to Golte, where he was more than 11 minutes behind the winner.

Third on this challenging time-trial with finish on Celjska koča was Spaniard Omar Fraile Matarranz (Team Dimension).
Last stage of the race will start in Rogaška Slatina and finish in Novo mesto. Battle for stage victory will be harsh, but yellow jersey is already in the hands of fantastic Estonian – except if crash or some other drastic event happens.

16:25: Train interrupted the race with time for a while… Now everything continues as planned. Best riders are still in the start area. 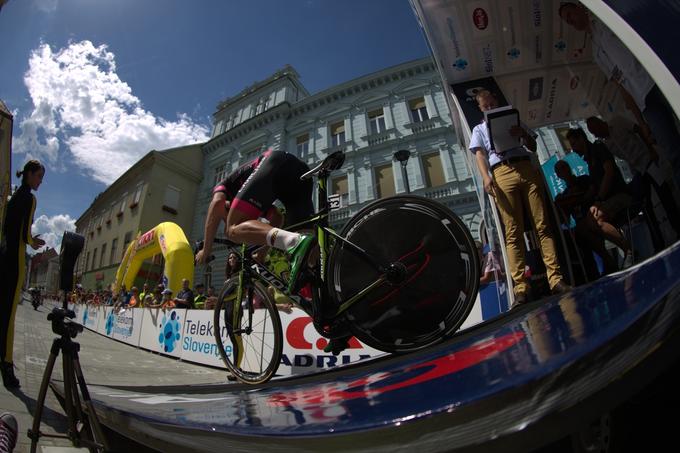 16:20: 35 cyclist are already in the finish. Russian Alexander Foliforov (Gazprom-Rusvelo) is in the lead. He was the only one with the time of under 30 minutes.

15:00: Jure Golčer will attack for overall podium, which is according to team Adria Mobil in range. He’s 11 seconds behind Colombian Gomez.

14.55: Two Adria Mobil’s cyclist – Jure Golčer in 5th overall and Radoslav Rogina – have announced that they will swap bikes. Other members of Slovenian team will do the whole stage with same bike. 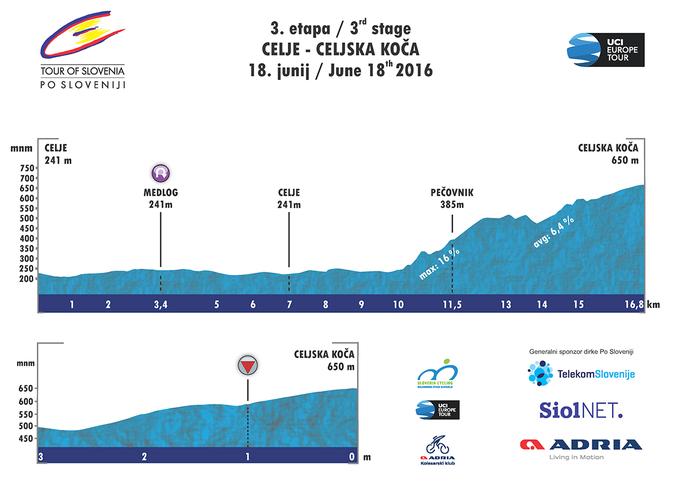 Yellow jersey Rein Taaramäe (Team Katusha) is on the good way to take main trophy of 23rd Tour of Slovenia; Estonian did most of his job yesterday on the kings mountain stage with finish on Golte, but he knows that he’ll have to ride very fast today. He only has 36 seconds lead ahead of Jack Haig of Orica GreenEDGE. Colombian Egan Arley Bernal Gomez (Androni Giocattoli) is already 50 seconds behind. He is the one that Jure Golčer has in sight – he’s in fifth overall and also best Slovenian right now, he is only 11 seconds down on Colombian.

First flat, than climb, between them change of bicycle

Specific of today’s time-trial is interesting profile with first 10 kilometers on the flat, last seven go uphill. Special TT bike is not the best option for climbing, which means that riders will swap their bicycles in certain point. Experienced mechanic will be under bigger test than usually today. They will have to set all bikes to perfection, but they will also have to make sure that change of bikes will be done fast as possible.